Dr. Robert Califf, who ran the FDA briefly at the close of the Obama administration, faced a contentious confirmation process in the U.S. Senate but the supplement industry appears ready to work with the new agency head.

The new FDA commissioner confirmed Wednesday may have faced an exceptionally close vote in the U.S. Senate, but the supplement industry appears ready to approach Dr. Robert Califf with a broad welcome, statements by supplement industry leaders suggest. 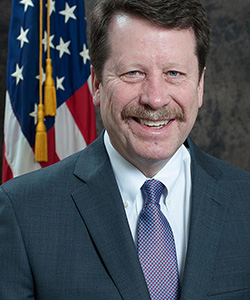 Califf, a cardiologist who led the Food and Drug Administration in 2016 at the end of the Obama administration, was approved in a narrow 50-46 vote.

“We look forward to meeting with Dr. Califf and making him aware of our priorities and the important role supplements paly for millions of Americans,” Israelsen said.

Steve Mister, president and CEO at the Council for Responsible Nutrition, noted in statement that Califf’s confirmation comes at “a pivotal time” for supplements, observing that “consumers are more proactive than ever about their health.” In its statement, CRN staked out a half dozen action items including increasing funding for the Office of Dietary Supplement Programs, developing a mandatory product listing for supplements, and finalizing guidance around new dietary ingredients while also issuing an official list of ingredients grandfathered under 1994’s Dietary Supplement Health and Education Act (DSHEA).

A statement from the Consumer Healthcare Products Association, which represents OTC drug manufacturers in addition to supplement companies, noted that “the recent pandemic exposed the critical importance of personal healthcare in public health which Dr. Califf recognizes” and praised Califf as “a highly respected clinician and researcher.”

In his statement, American Herbal Products Association President Michael McGuffin said Califf needs to acknowledge “consumer demand for a broad range of safe dietary supplements to support individual healthcare choices,” and stand guard against critics of the industry. “We stand ready to encourage Dr. Califf to guard against these misperceptions and to support the millions of Americans who safely use these products daily,” McGuffin’s statement reads.

The U.S. Hemp Roundtable’s statement called on Califff for more enforcement and clarity around hemp and CBD, noting that three years have passed since the 2018 Farm Bill legalized hemp and charging that the agency “is not ensuring that products sold under the hemp name are in compliance with federal regulations.”  “Commissioner Califf could exercise existing authority to apply the same regulations to hemp as it does for all other dietary supplements and food and beverage additives. Doing so would take a small step towards restoring public trust in the agency,” the statement contended.

Karen Howard, executive director of the Organic and Natural Health Association, expressed a more skeptical view of the confirmation, referring to objections raised by Sen. Bernie Sanders and others about Califf’s links to the pharmaceutical industry.

“It was heartening to see some senators exercised critical thinking and actually considered the overwhelming impact of the pharmaceutical industry on the FDA,” Howard said. “It was also no surprise that at the end of the day the status quo was maintained.”

Outside the trade associations, the response was more optimistic, though with caution. NOW Foods CEO Jim Emme called the confirmation especially consequential for the supplement industry given the high level of consumer interest during the pandemic.

“The industry, I believe, has come through responsibly throughout the pandemic,” Emme said. “The FDA had a lot of challenges in the pandemic, and we’ve got the chance to educate a new agency leader to help understand that we’re the good guys and we’re responsible.”

Ivan Wasserman, managing partner at Amin Talati Wasswerman, noted that Califf “by all accounts is a very smart, capable and respected leader,” and noted how long the FDA had gone without a confirmed leader.

“While time will tell, it is certainly a positive to have an actual commissioner in place to lead the agency,” Wasserman said.

At Natural Alternatives International, CEO Mark LeDoux said he appreciated Califf as a known quantity, given his prior service in the role.

“We found Dr. Califf to be substantive, thoughtful, and open to dialogue on important issues that directly affect the welfare of Americans everywhere,” LeDoux said by email. As in the CRN statement, LeDoux said he was especially interested in seeing clarification on NDI guidance.